Monday morning again.  Food marketing is indicated on my inviolable schedule.  After scanning my list I make a quick detour, needs-must, for the men’s room.  I am confronted with a fellow standing in front of the mirror wearing the most magnificent respirator that I have ever seen.  It is the Rolls-Royce of breathing apparatus.  The filter canisters were large and ornate with curlicues in lavender.   I looked closely to see if the whole ensemble was trimmed in fine Moroccan leather.  While it wasn’t, I do believe that it was a possible option.

While my apparatus makes an audible breathing report, this one resembled the soundtrack of a sci-fi movie.  The mask had 5 straps, three over the head and one each over the ears.  I was envious.  Mine only has three.

He was fiddling with his hair and it took a moment before I figured out what he was doing.  He was lifting each strap in turn and teasing the tufts of hair into place with a tiny comb.  Apparently, the five straps did some mischief to his do.  He had such a magnificent head of hair I couldn’t help but wonder that he would look much better if he used the straps as parts and teased the hair up between them.  Given the shape of his face, a multipart Mohawk would be most becoming.

One of my teenage dreams, never before admitted, was to run off to Hollywood and become a hairdresser to the stars.  He was a very big man so prudence cautioned keeping my grooming tips to myself.  I left him as I found him:  Darth Vadar in argyle shorts fussing with his hair before the mirror.

The encounter kept me chuckling for several aisles.  While wearing my respirator, I never approach a mirror without a hat snugged tightly down.  Some things I’m not ready to face!  (Yes I did wash my hands!  But with eyes tightly closed it was devilishly difficult to find the hand soap.)  The denouement came when I inadvertently saw my reflection in the shiny stainless dairy case door.  I thought that this looming visage was someone ignoring social distance protocols.  Devotees of buttermilk have been known to throw caution to the wind.  But no, it was I.  With my hair in disarray, I looked like nothing so much as Charlie Brown gone Punk!

It would seem that the fellow in the pastel shorts and I share something in common.  We are both fellow travelers on the same journey.

Sal has just now mentioned that she likes my hair longer.  With thin hair that has no body, what is the solution?  Perhaps I should consider hair gel … 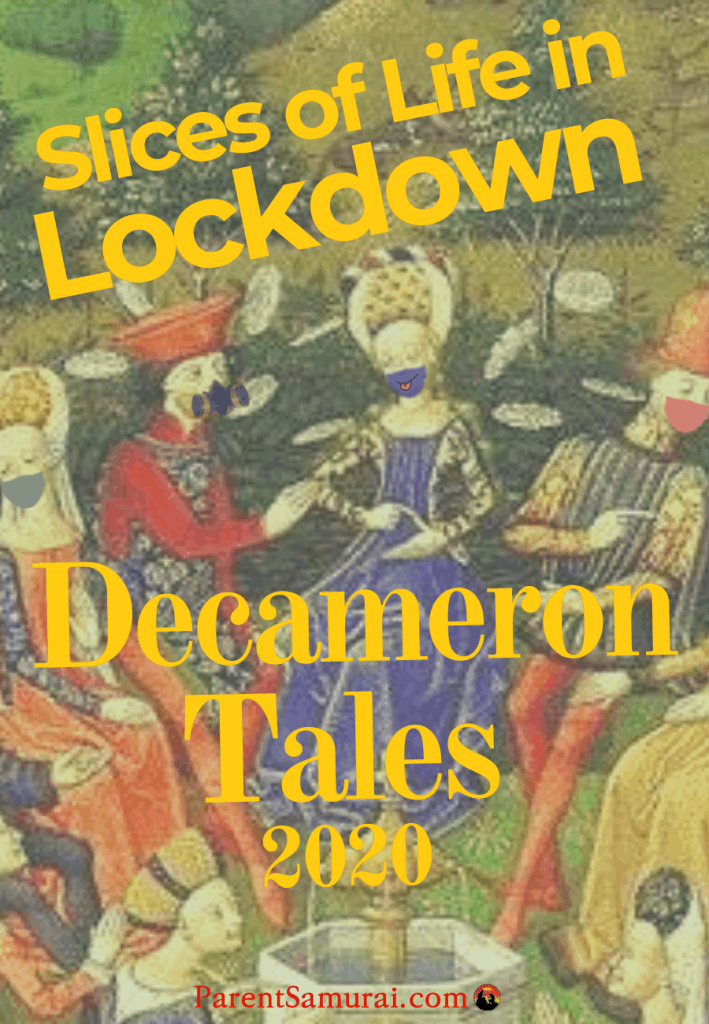